Domestic violence against women goes up during Covid-19 lockdown 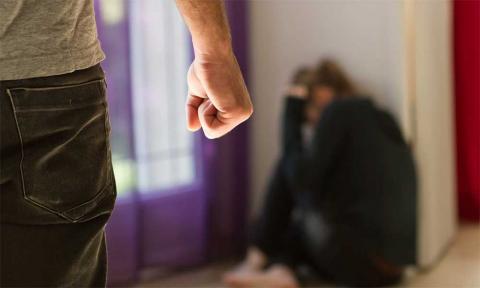 NCW says, “domestic violence cases have more than doubled than what it was before the lockdown. UP, Bihar, Haryana and Punjab reported higher violence”.  According to the NCW, main reason is because men are at home where they take out their frustration on women and refuse to participate in domestic work. This is also because Indian women are mostly confined to the four walls of the house and don’t have opportunity to share their predicament with anybody.

Virus of patriarchal societies, where men have engaged in domestic violence against women from time immemorial, has multiplied during the Covid-19 triggered lockdown. Home, considered often the violent space for women, where abuse goes unchecked frequently, also goes unchecked behind closed doors. While all of us are focused on the pandemic, violence has crept up swiftly and silently all over the world making yet another global crisis. Its alarming state prompted United Nations Secretary General Antonio Guterres to appeal to the world communityto deal with domestic violence immediately and resolutely. In India, domestic violence has gone up more than two-fold, said an official source.

In his speech earlier on March 23, 2020, UN Secretary General informed the world of the “horrifying global surge” in domestic violence during the pandemic, bringing with it all the social and economic consequences. According to the UN Chief, in some countries the number of women calling support services has doubled. Even the healthcare providers and police were overworked and understaffed, local support system groups crippled due to lack of funds, some domestic violence shelters closed because of resource crunch and others were full. Guterres urged all governments worldwide to make the prevention and redress of violence against women a key part of their national response plans for Covid-19.According to UN Executive Director Phumzile Mlambo Ngcuka, “confinement under lockdown is fostering the tension and strain created by security, health and money worries. And it is increasing isolation for women with violent partners, separating them from people and resources that can best help them. It is a perfect storm for controlling violent behavior behind closed doors.” She called this violence against women “a shadow pandemic”.

It is noticeable that akin to Covid-19, domestic violence does not discriminate. One sees spectre of domestic violence haunting women everywhere, China, India, Italy, France, Spain, Turkey, UK, USA, among others. Conditions in India under lockdown are equally bad as in China and other countries. According to the National Commission for Women (NCW), which receives complaints of domestic violence nationwide, there has been more than two-fold rise in violence against women during the lockdown. NCW reported a steep rise of total complaints from women rising from 116 in the first week of March 2020 to 257 on March 31, 2020. According to the latest official data available, compared to pre-lockdown period of January-March, 2020, which recorded 871 domestic violence cases, in the two months of lockdown period April-May, 2020 alone, a total of 1428 such cases were registered. Alarmed by spike in domestic violence cases, the National Legal Services Authority has announced online facilities atthe district level for the victims across the countryto register their cases for free legal aid.

Reasons for increased violence may be many including men putting more pressure on women. NCW says, “domestic violence cases have more than doubled than what it was before the lockdown. UP, Bihar, Haryana and Punjab reported higher violence”.  According to the NCW, main reason is because men are at home where they take out their frustration on women and refuse to participate in domestic work. This is also because Indian women are mostly confined to the four walls of the house and don’t have opportunity to share their predicament with anybody.Other reasons cited include victims’ hesitation of complaining to the police for fear of increasing physical abuse and domestic violence being worse in the poorer society during the lockdown. According to psychologists, men from the poorer sections of society are generally alcoholic and turn violent as they could not get alcohol or could not go to work and remained cooped up in a tiny room with their shanties under lockdown.

Research on domestic violence shows when married couples are employed, domestic violence goes down as interactions between couples become less. However, there are more interactions and families are forced to remain indoors. Research further points out that violence against women often functions as a way for men to release pent-up anger and frustrations, and also acts as a way to assert their manhood. Lockdown has bred fear, uncertainty, economic insecurity and unemployment creating feelings of inadequacy in men. Besides, confinement under lockdown has fostered the tension and strain created by security concerns, health and money worries. It also increases isolation for women with violent partners, separating them from people and resources that can best help them. It is a perfect storm for controlling violent behavior behind closed doors.

In India, the Domestic Violence Prevention Act, enforced from October 2005, provides safety net to women. The law has not been effective as the women victims are shy, fearful of inviting more and more physical abuses from their violent partners and hesitant to complain to police.Yet another mental make-up that prevents women victims is that once they are married off they lose support of their parents on the hitherto held mind sets that only their dead bodies would come out of their in-law’s places despite the fact that Hindu married women enjoy 50:50 (equal) shares in coparcenary properties with their brothers. Situation, therefore, is grim. To stem the rot of gender disparity, the one and only solution is changing the mindset, the very psyche of men folk right from their childhood by sensitizing them to gender justice that men and women are equal partners in all walks of lives, evolutions of humans and all round development of the country and the globalized world. Gender sensitization has to begin right from home to educational institutions, public services, police, judiciary and social levels.

That is why people are called upon to help create safe ways for women victims to seek support without alerting their abusers, set up emergency warning systems to pharmacies, food stores, increase spending for online services and civil society organisations to help the abused and declare shelters for them as essential services!