The Missing Children of Jharkhand 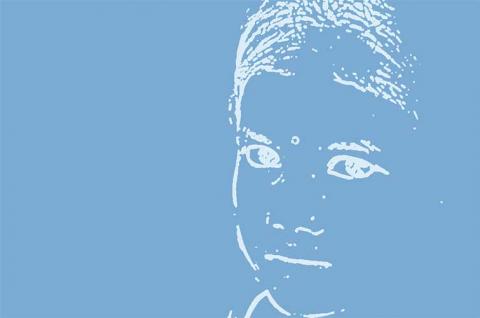 “Many villagers confessed to me that they have been threatened by the traffickers and some of the so called powerful people of their village to not approach the police. When I was working in the area, I myself received a few threats asking me to not interfere in the village and mind my own business,”

Panchu Bara (name changed), a resident of a village in the interiors of Kolebira block of Simdega district awaits the return of his 15-year-old daughter, who went to work in Delhi with a woman who promised the family that they will be given Rs. 2000 per month in lieu of the domestic work done by their daughter.

It will be one year this November since Panchu’s daughter left. “She left after harvesting of the crops and we were told that she will return this year during plantation. The plantation is done now and it’s almost harvest time. We are still awaiting her return,” he said.

In Khunti's Limra Panchayat comprising of 13 villages, around 25 girls from different families are missing, some for a few months while some for over five years.

Nandu Munda (name changed) of the panchayat, informed that her daughter has been missing for three years. "She went to the market with her friends but never returned. I did not approach the police because I don’t want to get into legal hassles," he said.

Sanjana (name changed) went missing from Malgo village situated in Lapung block of Ranchi around 10 years ago, when she was 10 years old. Her mother said, "She is our eldest daughter. We tried to search for her where we could. We don’t even have a photo of her. Going to the police never crossed our minds."

Gram Pradhan of Malgo village, Nevla Bhagat said that the villagers are in the village during the farming season but around 80% migrate to work in brick kilns during off season because they have no other source of income. Many also send their children to work in other States.

A data of CID Jharkhand revealed that 2,489 children of the state were reported missing from 2013 to 2017. However, experts claim that this number is just the tip of the ice berg.

Ravi Kumar, an activist working in the interiors of Khunti district said, “I have visited many villages, spoken to many people. In most of the cases people do not wish to file missing complaints with the police.”

“During my term, I had visited a number of villages across the State and interacted with many such people whose children were missing. They said they never bothered approaching the police as they cannot afford it,” she said.

Kujur informed that as most villagers work as daily wage earners, going to the police station for filing a complaint and then having to visit there occasionally for follow-ups, lead them to the loss of an entire day pay for every visit.

“Most of them have big families and many children to feed. If they lose out on a day of income their entire family goes hungry for the day. This is a major reason they avoid filing complaints,” she said.

Another reason according to Ravi is the fear of traffickers themselves. “Many villagers confessed to me that they have been threatened by the traffickers and some of the so called powerful people of their village to not approach the police. When I was working in the area, I myself received a few threats asking me to not interfere in the village and mind my own business,” he said.

Member of child welfare committee of Khunti, Baidnath Kumar said Khunti district is among the most affected when it comes to human trafficking and missing children. "In the past two to three yers over one thousand girls of the district where rescued from different metropolitan cities and over 130 traffickers were arrested. In CWC we get around 10 to 15 cases of girls rescued from the clutches of modern day slavery in a month," he said.

Explaining the modus operandi of traffickers, retired cop Aradhana Singh, who has worked extensively against human trafficking and played a vital role in nabbing many traffickers including kingpin Pannalal Mahato, informed that local markets are where they are active the most.

“The traffickers approach girls in weekly markets and lure them with dreams of extravagant life and huge amount of money. Many girls fall in their trap. Some directly approach the parents and offer them Rs. 1000 to Rs. 2000 for selling away their daughters,” she said.

Nowadays, the new trend is of traffickers luring away girls on the name of love. Basanti Kumari, a member of CWC Khunti said, “We are getting a number of cases nowadays were the girls were taken to Delhi, NCR by their so called lovers on pretext of marriage and later thrown in the trap of modern day slavery.”

At present, the state has AHTUs in eight districts including Ranchi, Khunti, Gumla, Lohardaga, Simdega, Chaibasa, Palamu and Dumka out of the total 24 districts. However in a bid to curb the trafficking nuisance, there is a proposal of constituting four new AHTUs in Sahibganj, Godda, Latehar and Pakur.

CID IG Ranjeet Prasad informed that the letter has been written to State Home Department by the CID for approval of the same.

“A number of steps are being taken including spreading awareness among villagers about human trafficking, sensitizing police officers on taking such cases seriously among many others,” he said.

Apart from this a number of government schemes including Mukhyamantri Sukanya Yojana which offers a fixed amount of money for the welfare of a girl in the family at regular intervals since her birth till she turns 18 and Tejaswi Yojana, an ambitious scheme to empower adolescent girls, are functional in the State to fight human trafficking.