New IT rules to tighten free information on social media 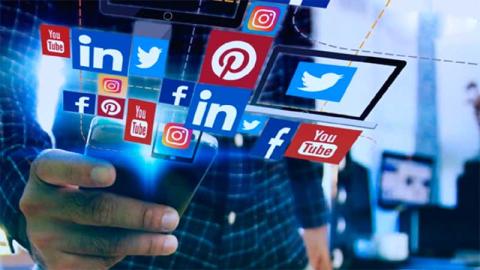 Union Government in the Ministry of Electronics and Information Technology has floated a new draft IT rules on its websites to elicit public and users’ opinion/consultation before it is finalized for notification shortly. The new draft rules following the first Information Technology (Intermediary Guidelines and Digital Media Ethics) Rules were notified in February 2021 as part of government’s continuing control over social media to check free flow of information and to make India a full surveillance state where users will be required to use such information as the fascist government may desire, putting an end to diversity of information/opinion and critical thinking, a hallmark of democratic norms.

New rules will provide for a mechanism to supersede decisions made by social media platforms. Such rules will be liable for misuse by government agencies to suppress dissent or take other undemocratic steps. Platforms may be able to escape controversy if a contentious post is referred to the new authority and the decision is taken out of platforms purview. It could also dilute the platform’s own control over its services, which may affect users’ experience. Social media in the present situation where the fascistic union government has tightened flow of information on all sorts of media are the real media reflecting diversity of news, views and free flow of information. It serves public causes and their interest better than other electronic and print media, which are largely captive and mouth pieces of the government It often shows mirror of truth to the rulers unlike the captive print and electronic media, which presents what the current authoritarian regime wants them to provide for.

In terms of the February 2021 IT (Intermediary Guidelines and Digital Media Ethics) Rules, additional compliance measures for Significant Social Media Intermediaries (SSMIs), which is any social media with a minimum of five million users, are provided for, requiring SSMIs to put in place mechanisms to trace the first originator of a message or post and also appoint Indian citizens at key compliance positions. SSMIs need to adhere to these rules for eligibility for safe harbor protection under Section 79 of the Information Technology Act 2000 as amended to date. Under the new IT Rules, a new clause has been added enabling the government to appoint a Grievance Appellate Committee, which can overrule any content takedown, blocking or take down, blocking or removal decision made by social media platforms. The amendments also require SSMIs to ensure that rights guaranteed to users under the Constitution of India are respected. They require SSMIs to take a second look at their grievance redressal mechanisms to act on content removal requests from users within 72 hours of complaints filed. Government has, however, said it is open to alternatives to this IT Rules.

In the event of a social media platform not complying with, it will not lead to a ban. However, such platform will not be able to seek protection under the safe harbor protections of the IT Act. Safe harbour protections are very important for platforms that deal with user generated content as they ensure the platform cannot be used for a post, message or so, shared by a user in its services. Even if they do not comply, platforms can continue operations in India. But they cannot seek protection in the event of a suit or litigation. Government maintains the new IT Rules are intended to make social media or any IT platform accountable. However, experts differ.

According to experts, in the last eight years of the current autocratic union government, it has been witnessed that government and RSS Pariwar ruled state governments have been using the IT Act and the rules framed there under, to curb dissents and frame political and other adversaries including social activists, journalists, lawyers, NGOs  and students under the dreaded Section 66A of the IT Act since quashed by the Supreme Court in 2016. In the process, proponents of RSS Pariwar or supporters of the ruling class are let off despite their open subversive and toxic posts on social media platforms with willful abuse of police or law enforcing agencies who often act communal and partisan, so much for justice, equity and fair-play enshrined in the Constitution of India. So, it is a draconian measure designed to curb dissents or government criticisms with iron hands. Unless police and other law enforcing agencies are made accountable for their open abuse of power, any such IT Rules will be looked down upon with suspicion.