Ever rising hate speeches in India 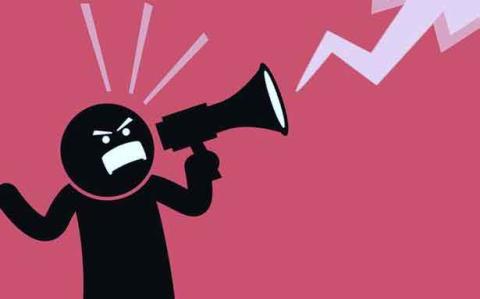 Recent hate speeches by a BJP MP and an MLA in Delhi to a mob attack in a mosque in Gurugram by RSS Pariwar goons indicate that a hate wave has gripped the country. With no punitive action or punishment for spewing hate and flouting the rule of law and political silence at the very top of the union government the hate brigade has been further emboldened. What will it take to turn the rising hate tide in the country? Simultaneously, the RSS Pariwar Union Government has decimated the rule of law by weaponising the public institutions to settle scores with political and business rivals, making the country unsafe for investment. Judiciary has also caved-in to the majoritarian governance mode although individual judges outshine in upholding the constitutional postulates of justice, equality, liberty and fraternity of our people.

In such backdrop, people are witnessing two faces of Indian state: the benign and the vengeful. In this context, politicians or civilians who merely follow their constitutional rights find themselves accused under the stringent provisions of misapplied law, and others who make a mass gathering to sectarian hate and bigotry find themselves free men. There are a plethora of arbitrary and  discriminatory exercises of state power that underscore the appropriation of the country’s institutional mechanisms more starkly than many. Country is now a state of dual radicalism, where there are good, and there are evil. The good are those who offer allegiance to the RSS Pariwar in any shape or form, as satraps of any hydra-headed governmental or non-governmental organisations. The evils are those who hold views and beliefs different from or are critical of the RSS Pariwar. The state exists to protect the loyalists, hound and fix those who differ or are critical.

Cases filed under Indian Penal Code (IPC) Section 153A (promotion of enmity between different groups on grounds of religion, race, place of birth, residence, language) witnessed a six fold or 500 per cent increase between 2014 and 2020, according to a latest National Crime Records Bureau (NCRB) data. Year 2014 saw the 323 least cases. Year 2020 witnessed 1,804 cases, the highest.In 2020, Tamil Nadu registered 323 cases, the highest number of cases under this Section, followed by Uttar Pradesh with 243 cases, Telengana 151 cases, Assam 147 and Andhra Pradesh 142. Similarly, cases filed under Section 153B (imputation, assertions prejudicial to national integration) increased six fold from 13 in 2014 to 82 in 2020.

Hate speech has not been defined in the country in any law and continues to remain a matter of live debate. In fact, the Law Commission of India, in its March 2017 report, wrote that “new provisions of the IPC are required to be incorporated” to address the issues of hate speech. The RSS Pariwar did not heed this recommendation as hate speech suits it in consolidating majoritarian Hindutva votes to win elections, performance or no performance to the disadvantages of the people. Nevertheless, the current IPC provisions are sufficient if there is a will to implement them without biases.

While there is no specific law that defines hate speech, there ae select legal provisions or Sections in the IPC that prohibit certain forms of hate speech with exception to free speech. But under the current RSS Pariwar dispensation, it is the other way round when perpetrators are let off with bailable provisions and the victims are implicated under dreaded draconian anti-terror laws and incarcerated with the police and the judiciary mostly being complicit.

Conviction rate of cases under Section 153 of IPC was as low as 20 per cent in the five years between 2016 and 2020. In 2016, 15.3 per cent of cases ended in convictions, while in 2020, the conviction rate had risen to 20.4 per cent. Of the total number of hate speech cases, 90 per cent were from the exponents of RSS Pariwar, both in the government or otherwise. In all such cases, police are misused grossly in a highly partisan way to frame innocents with the judiciary generally being complicit. An academic analysis has revealed that there have been 406 instances of VIP hate speeches since 2014 of which 90 per cent are from RSS Pariwar. There have been four VIP hate speeches a month since 2014.

As for the hate crimes like targeted violence against minorities, dalits and tribal, such as, mob lynching, cow lynching, love jihad, anti-Romeo squad, demolishing houses of innocent victims of hate crimes in RSS Pariwar ruled States, there is no specific law to deal with such heinous crimes. In this regard, the Supreme Court orders of 2017 in Tahseen Poonawala case directing the RSS Pariwar Union Government to enact an effective law pursuant to its impugned judgment remains unimplemented. And the government is not keen to enact much less implement such law, a competent source in the union MHA revealed.

Country has witnessed dictatorial atmosphere since 2014 with all the public institutions having been destroyed ensuring their existence on paper only. Role of Delhi Police in 2020 North-East Delhi riots has come in for a major indictment by a Citizens Committee manned by retired Supreme Court judge Justice Madan B. Lokur, retired Chief Justice of Madras and Delhi High Courts and former Chairman of Law Commission of India, justice A.P.Shah, retired judge  of Delhi High Court justice R.S.Sodhi,  retired judge of Patna High Court Justice Anjana Prakash and former Union Home Secretary G.K.Pillai,  with the police being complicit and how the perpetrators were left out from prosecutions and innocent victims framed. The Committee also indicted the Union Government for its failure to prevent the riots. Delhi Government also failed to ensure peace and harmony in the riots, the report revealed.

With the Supreme Court having directed on October 21, 2022 the police authorities to register suo motu and immediately criminal cases and take action against perpetrators of hate speech without waiting for a complaint to be filed, any delay by authorities would invite contempt of the Supreme Court and action would be taken against hate speeches irrespective of religion to preserve secular nature of the nation, people are exuding confidence that the Hon’ble Supreme Court will exercise its extraordinary power under Article 142 of the Constitution to set up a monitoring committee of experts under its supervision so that cases of hate speech can be analysed fairly and objectively and the culprit is awarded deterrent punishment involving removal from services or posts and incarcerated, now that the executive (government) has failed to uphold and ensure religion-neutral character of the country’s Constitution within the frame of India’s time tested unity in diversity.

Currently, situation in the country is very bad with minorities, dalits, tribal, women living in fear and insecurity. There is no condemnation from the ruling RSS Pariwar government, both Central and States, of hate speeches and aggressive breaches of their human rights. India cannot raise its head high with ever-rising hate speeches and hate crimes, brutal subjugation of minorities, dalits and tribal. The one and only way forward is inclusivity with attendant social harmony to ensure peace and progress of the nation. It is classically widely held that no society can reach its full potential without equal rights and freedoms. India’s voice can gain in the comity of nations from its commitment to inclusivity!