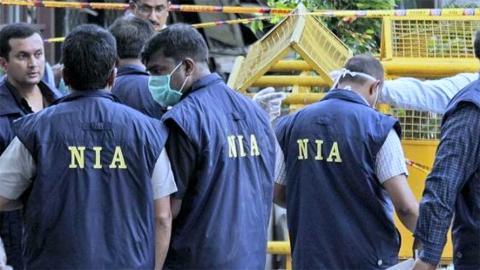 Dictionaries have defined democracy as a government by the people, a form of government in which the supreme power is vested in the people and exercised directly by their elected agents (representatives) under a free electoral system, with the practice or spirit of social equality, with a social condition of classlessness and equality and the common people as a political force. Constitution of India postulates rightly justice, equality, liberty and fraternity for all people of the country equally and alike, with no discrimination whatsoever. In this context, recent discussions by some leading lights of the civil society held under the aegis of Janahastakshepat thePress Club of India, New Delhi,focused on undermining institutions a threat to democracy. Threadbare discussions enumerated how Indian democracy has drifted from secular democracy (religious neutral) polity to a fascist theocracy for all practical purposes, while maintaining structural façade of the Constitution and the rule of law based system of democratic governance thereunder, intact.
As a result, there is alarming situation prevailing with a systemic reign of terror unleashed on the people by the RSS Pariwar union government and its ruled states. People sitting in Constitutional and statutory positions often use illegal means using threatening language against dalits, minorities, activists, workers, journalists, human rights activists, students, artists etc. All institutions have lost their neutrality and become spineless in safeguarding human rights of the weaker sections or the people. Lead speakers, Justice Anjana Prakash, a retired judge of Patna High Court, senior journalist Saba Navy, N.D.Pancholi of Delhi PUCL, noted human rights lawyer and activist Teesta Setalvad and President of Indian Federation of Trade Unions (IFTU) Com Aparna, among others, called upon the government and its organs to stop diminishing or threatening institutions and agencies and violate human rights of the people and respect their individual rights, collective rights, personal liberty and personal dignity. Media and judiciary be kept free to enable them to safeguard the rights of innocent people.
It was noted that in the current alarming situation, rapists, murderers and hate mongers are being showered with state patronage and eulogized. Meek subservience to the RSS Pariwar governments by the people is the enduring demand by the rulers in this ecosystem of terror. It was also brought home to the people how the RSS Pariwar union government has decimated the rule of law by weaponising the institutions and agencies of the state to settle scores with political and business rivals. It was also discussed how draconian laws like UAPA, NIA and PMLA have been amended to make it near impossible for the courts to grant bail to those booked under such dreaded laws. Discussions also pointed out how with the insidious corporatization of the media and control over it by corporate houses asthe chief patrons of the present regime, the main stream media has become a powerful tool of spreading hate, dividing the society to target the oppressed sections of people. Parliament has been rendered ineffective to force legislative measures in furtherance of RSS Pariwar government’s communal and divisive agenda. Opposition has also been marginalized and the way it is advantage ruling RSS Pariwar to garner unimaginable massive resources with electoral bonds through opaque coercive measures to increase its money and muscle power with the Election Commission and the Supreme Court not doing anything to ensure free and fair elections with level playing fields as also the latest Supreme Court rulings allowing 10 per cent reservarvations quota for economically poor upper castes, considered yet among many frontal assaults on the Constitutional schemes.

Discussions covered broadly hate speeches were rampant, while free speecheswere criminalized. Multifarious ways were found out to spread and condone hate speeches imperiling the cohesiveness of people and the interest of the country.Draconian black laws that were earlier used to suppress peasants, struggling laboring class, students etc. have since been amended by the present RSS Pariwar union government severely infringing the integrity of the judicial process that runs contrary to the fundamental constitutional provisions that uphold rights of the people. This has severely curtailed the ability of the courts to provide relief to the victims of such laws. It was also brought home to thecrowded audiencethat RSS Pariwar government did not account for the untold miseries inflicted upon the people following demonetization in 2016 November and three black agricultural laws subsequently that resulted in the deaths of over 150 people and more than 700 people respectively during the farmers agitations forcing the government to withdraw these laws after year long strikes and dharnas   by the farmers. Audience responded with big thumps up when told about the need for mobilization of the wider people in defence of their democratic rights. Discussions also hammered out the point that continuing attacks on the federal structure of the Constitution and rights of the States  by the RSS Pariwar union government leading to increasing difficulties of States and inhibiting actions to fulfill the interests of their people.
Discussions concluded with a plethora of resolutions calling upon the RSS Pariwar government to stop demeaning institutions, the judiciary especially the higher judiciary to be vigilant to protect the Constitution of India and the people from the draconian laws like the UAPA urging the judiciary to give priority to bail with jail as exception, free all people incarcerated in the Bhīma Koregaon case and the North-East Delhi riots case under the draconian laws, and the democratic and human rights organizations to come together with the masses of intelligentsia in defence of their sovereign  rights.