Truth of NRC and conflicting voices in Union Government!

Prime Minister’s  speech of December 22, 2019 at a political rally at Delhi’s Ram Lila ground denying any consultation/discussion about the National Registration of Citizens (NRC) following completion of the National Population Register (NPR), preparatory process for which has already commenced with the recent approval of the Union Cabinet with a budgetary allocation of Rs.3,900 crore beginning April 1, 2020 to September 30, 2020 in terms of a notification of the Union Ministry of Home Affairs (MHA) on July 31, 2019, is patently false as it is not borne by the facts on official records. It has already been stated on Parliamentary records nine times since 2014, when the current NDA Union Government first assumed office that NRC shall be carried out throughout the country. Besides, the latest Annual Report 2018-19 of the MHA also mentions about the NRC. As also the Union Home Minister spoke on records repeatedly in various political rallies and in Parliament, indicating the Union Government is not cohesive whole.

In addition, an official press release on the head mast of the Press Information Bureau (PIB), the centralized media for all official information, dated 26 November, 2014 under heading, “Identifying Citizens While preparing NPR”, informs that “the National Population Register (NPR) is a register of all the usual residents which include citizens and non-citizens as well. The NPR is the first step towards creation of National Register of Indian Citizens (NRIC) (commonly described as NRC) by verifying the citizenship status of every usual residents………..”“This was stated by Minister of State for Home Affairs Shri Kiren Rijiju in the Rajya Sabha today”.

Added to this, in terms of the Government of India (Allocation of Business) Rules,  the Government of India (Transaction of Business) Rules and the Manual of Office Procedure, the responsibility prescribed for the Registrar General and Census Commissioner of India (RG & CCI) and MHA Annual Report 2018-19 in Chapter 15.1 (iv), under the heading “National Population Register” states, “The RG & CCI also discharges the statutory function of the Registrar General of Citizens Registration (RGCR) under the Citizenship Act, 1955 and the Citizenship Registration and Issue of National Identity Cards Rules, 2003. The National Population Register (NPR) is the first stage towards the creation of the National Register of Indian Citizens (NRIC) (known as NRC) under the provisions of the aforementioned Statute”

Proposed NRC read with the NPR and the Citizens (Amendment) Act(CAA) has gripped the minorities and other weaker sections like Dalits with fear, insecurity and panic like situations, while raising social tensions and communal divide all over the country. Already, there are uprisings of students in campuses and youths across the country irrespective of religious divides against the Citizenship (Amendment) Act, widely perceived to be communal and divisive. Such divisive action helps BJP consolidate majoritarian support for larger electoral gains. Simultaneously, such issues have oft repeated diversionary tactics of BJP to deflect public attention from critical issues like rising unemployment, recessionary economy, lay-offs in corporate sector, lack of private investments, growing agrarian distress facing the nation, ever increasing cost of living symptomatic of heightened social tension likely to disturb social cohesiveness and communal harmony.

It is noteworthy that the amended CCA nowhere mentions the word “persecuted”, indicating that the NRC, in view of the Assam NRC experience, will upset the apple cart of political game of the ruling BJP with increasing uprisings of students and the youth cutting across their faith, castes and communities, unsettling the long settled “We the People…….” of harmonious whole, postulated by the Constitution of India. This has already dented India’s credibility in the comity of nations. The mischief in the CCA is that out of those poor, the disadvantaged undocumented people outside the proposed NRC, all others except Muslims will be absorbed as citizens and Muslims incarcerated in the detention camps rendering them as second class citizens, thus serving the professed objective of RSS to make India a Hindu Rashtra, in the process making a bonfire of the Constitution of India, for that matter destroying the time tested very soul of the nation as envisioned in the Constitution.

Since the NDA Union Government came to power first in 2014, it dismantled the Planning Commission and with that the two national platforms of the National Development Council (NDC) and the National Integration Council, which were presided over by the Prime Minister with all Chief Ministers of the States and Heads of Union Territories, Central Ministers on board, political leaders and leading lights of civil society duly represented for discussions on major national issues, consultation and consensus for policy decisions in the best interests of the country. Added to this the Government also used to consult opposition leaders and political parties separately as well. The result has been emergence of arbitrary and authoritarian exercise of power by the NDA Union Government, mostly PMO driven authoritarian power by one man government, which is at times two men driven government. The ill-conceived CAA is the consequence of that. It is a recipe for chaos and disaster as the country is fast losing its sheen as a democracy, with the sobriquet authoritarian regime under the veneer of a mere election-centric democracy. The CAA is designed to naturalise 14 lakh Hindus of 19 lakhpeople rendered out of the NRC in Assam as citizens and render rest five lakh Muslims stateless to incarcerate them in detention camps with their deprived status as citizens of India. The NRC’s expansion across the country has the potential to end the very story of India, as has been the case so far.

Today the country stands isolated globally and is hyphenated with Pakistan as an “intolerant” country, which is losing fast its sheen as the right destination for investment and all-round development with the rising social tensions and BJP ruled states turning communally hostile to Muslim minority with the tyrannical misuse of  police in killing and destroying their economy by creating Hindu-Muslim strife, which in fact, it is not, thanks to the glorious shared common heritage of unity in diversity and time honoured plurality of India’s secular culture and social and communal co-existence widely visible in the joint uprising by all sections of the people. The ongoing nation-wide protests against the CAA, the NPR and the NRC is testimony to the common destiny of the people proving beyond doubt that the Union Government’s strident strong arm tactics against its people who have elected them will not work. Ultimately, people will triumph and the amended CCA will not work as the sword of Damocles of the apex court, the ultimate upholder of theConstitution is still hanging over this misadventure of the Union Government! 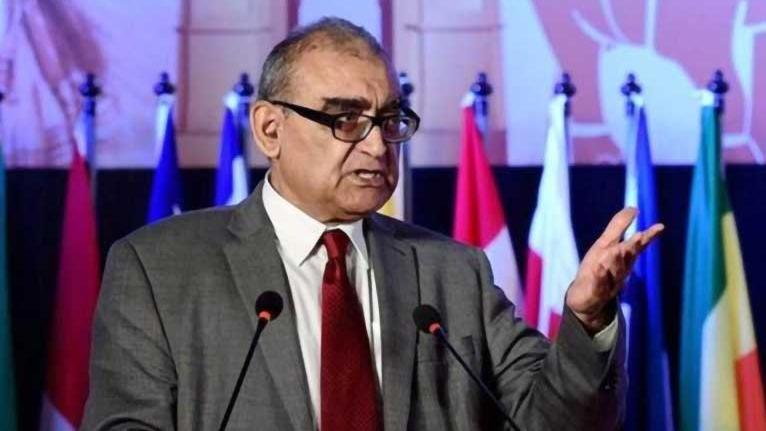